Some thoughts on the Epiphany 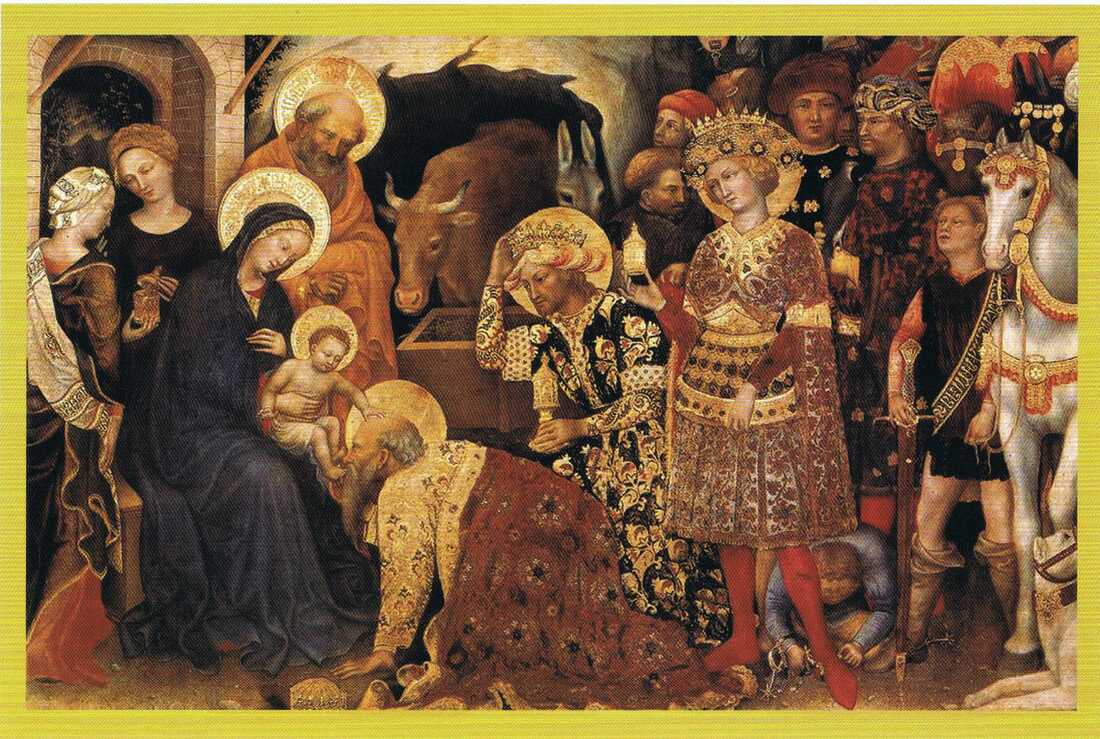 Today with the visit of the Magi our Christmas crib is complete.


Our modern crib scenes, with moveable statues, change with the season. They start on Christmas Eve with just Mary & Joseph, the ox & the ass, and perhaps an innkeeper. The Bambino arrives at Midnight Mass, then the shepherds come along. The shepherds and the sheep soon go away, and then, 12 days later, on the Epiphany, the wise men arrive.


Perhaps we have got too hung up with history, with telling the story. The first crib scenes were paintings or carvings, and therefore couldn't change as the season progressed. They also had a different set of priorities. They had no real concern for historical accuracy, nor really any concern for telling the story. After all, everybody knew it. Rather, they were created to help us to worship, to worship Jesus the new-born king, and for us to feel involved in that worship. Part of this was to teach us who Jesus was, and what
he had come to do.

So they started with just Mary & and the baby. The important people without whom there would be no crib, no Christmas. So at first there were no animals, no Joseph, no shepherds. The background scenery was old buildings, ruins - to symbolise the old order passing away – for the new order, the order of Jesus, had come to replace it.


The Angels were the first extras to be added, not to be part of a story, but to remind us that this baby was God, that even the angels fell down and worshipped him.


Then came the Magi – the 'wise men' - to show that Jesus had come to save all the peoples of the world, and not just the Jews, and also to teach us that even the rich and important bowed down in worship before him: that the baby asleep in the cow's breakfast was far more important than any earthly king.


Then, as the sensitivities – and the knowledge – of those who came to worship grew so the teaching the artists wanted to paint or carve developed. So as to include all the peoples of the world in one worshipping community gathered around the Son of God the Magi became kings, one Asian, one African and one European; one young, one middle-aged, one old. The shepherds were added to represent the poor, the wives and children to represent themselves.

Last of all came poor St Joseph, whose efforts had got them to Bethlehem in the first place.


But they were not alone. Almost as old as Mary and the Bambino are the ox, the ass and the sheep, sometimes a camel too. God loves and came to save all his creatures, not just the human ones, and together they gather round the crib to worship Him.